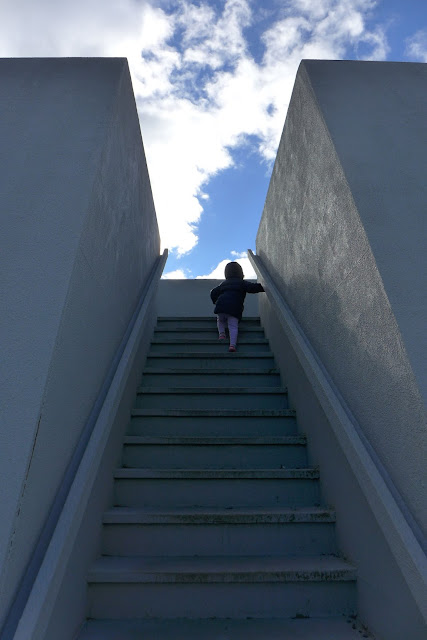 My first exposure to big sculpture was during a temp assignment at a construction firm in the East Bay (California). I was assigned to the human resources department and one of my tasks was to organize the art files of the firm's owner. Doing this work, I saw the large scale pieces of artists like Ann Hamilton, Richard Serra, and Andy Goldsworthy set in the expansive landscape of the Oliver Ranch. When I travelled to Seattle several years I visited Olympic Sculpture Park specifically to see Richard Serra's 'Wake' and was also treated to works by Alexander Calder and Mark di Suvero. I have lived in New York for the past seven years but didn't hear about Storm King Art Center until a couple of years ago. Two weekends ago, I visited the sculpture park with my family. The experience was well worth the long drive and cold and windy weather. We basked in the intermittent sun. We did not walk all 500 acres of the park. The route we took was recommended to us by the owner of the pop-up cafe. Follow in our footsteps in the South Fields. 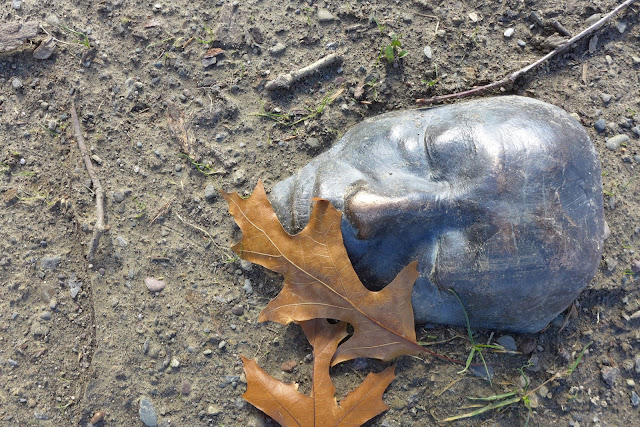 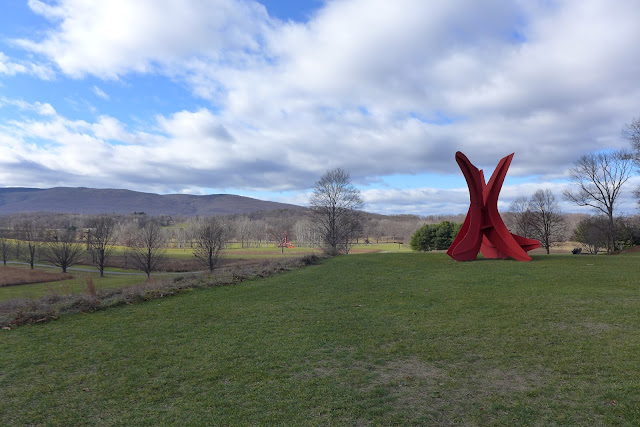 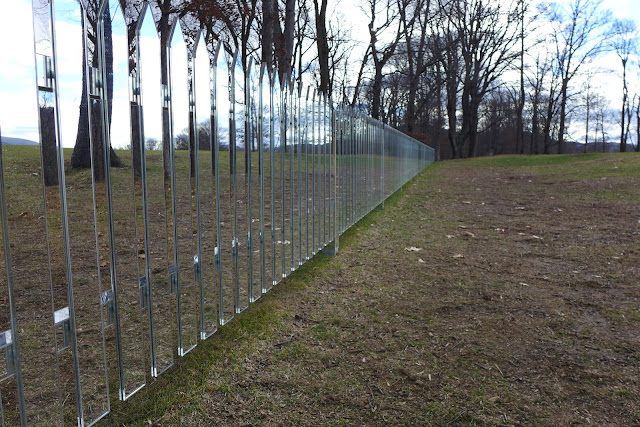 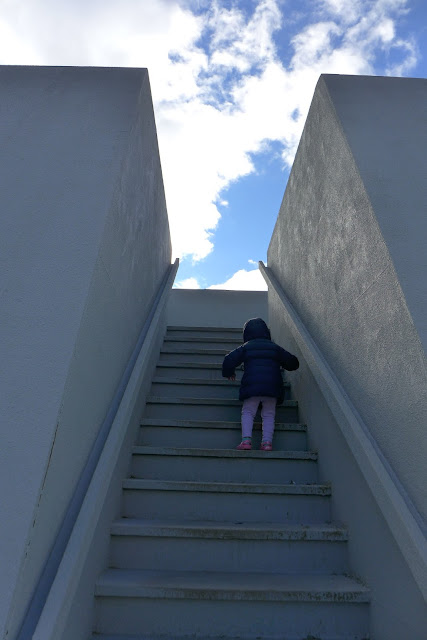 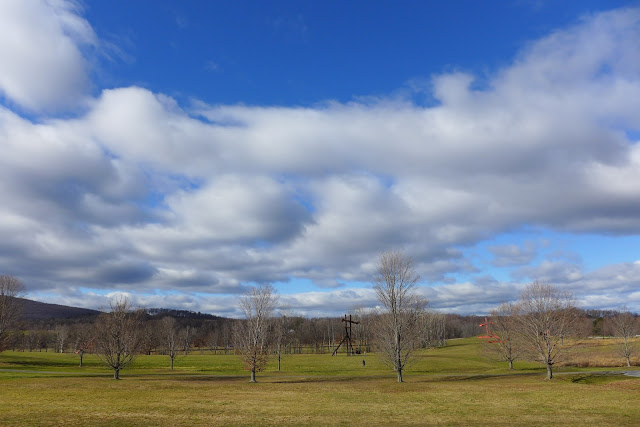 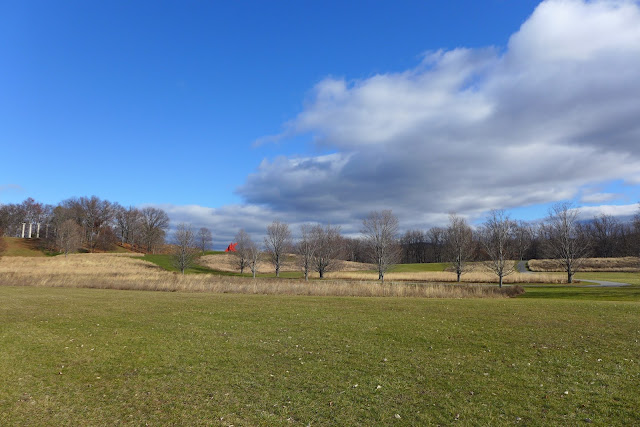 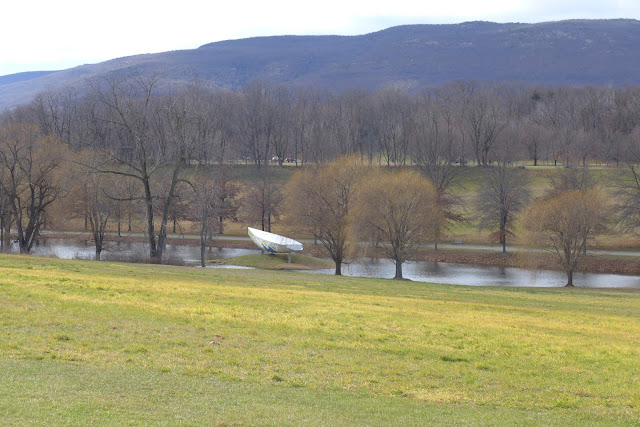 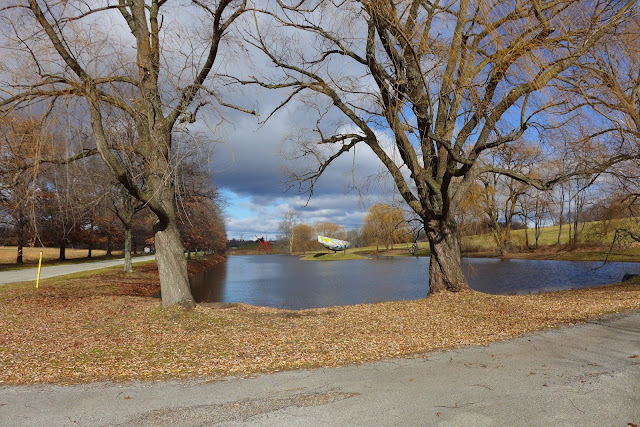 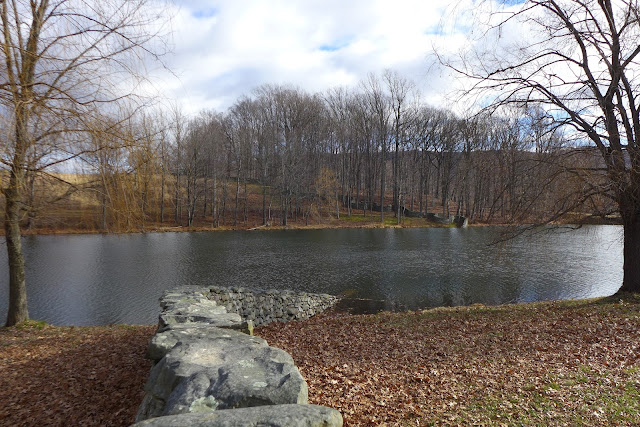 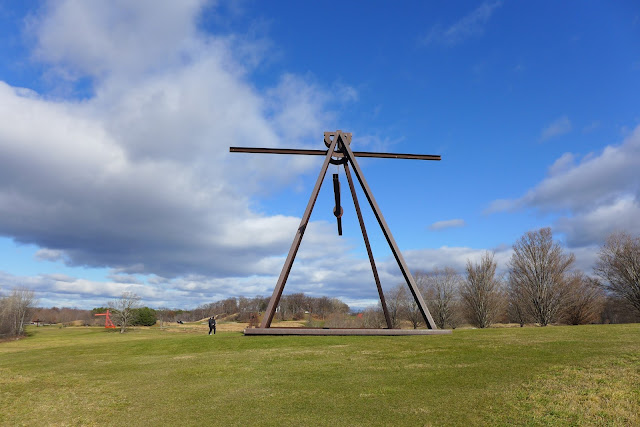 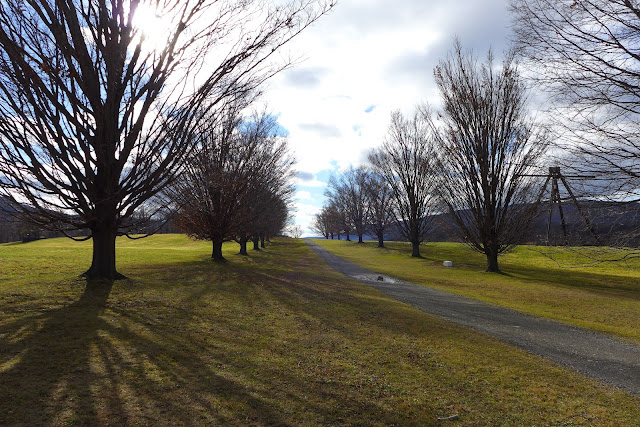 Another set of large scale elements in the landscape are the park's trees. Thick trunked mades line the drive near the 'Pyramidian' by Mark di Suvero (pictured above). Red oaks populate the uplands area near the visitor center. Moodna Creek is lined with birch, willow, and sycamore. Pin oaks line the drive near 'Storm King Wall' by Andy Goldsworthy. 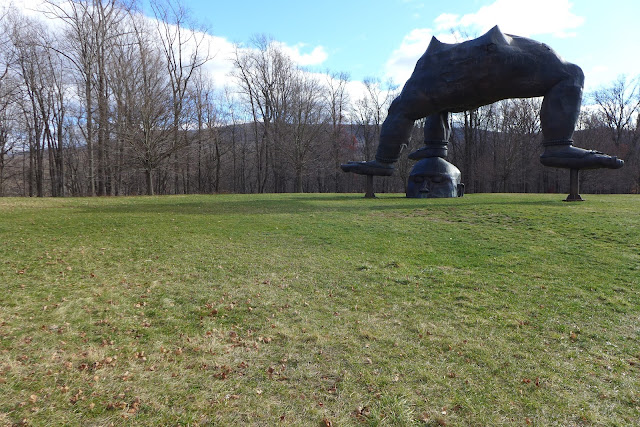 I look forward to returning next season. I want to see the entire length of Storm King Wall; I want to see Maya Lin's 'Storm King Wave'; and then we did not explore the Meadows and North Woods. Storm King is a wonderful place for children. We did not hear any complaints about the inclement weather. The landscape's rhythmic qualities and never-ending seeming aspect were both exciting and restorative. If you get the opportunity to visit Storm King Art Center, take it.