Jill Jonnes is the author of six books including the subject of this book review, Urban Forests: A Natural History of Trees and People in the American Cityscape. The city is both the lens and the landscape is all Jonnes' books. However, in Urban Forests, nature, in the form of urban trees, is the primary focus. I came to know of Jill Jonnes' interest in urban forests through her essay titled "What is a Tree Worth?" published in the Winter 2011 issue of the Wilson Quarterly. Jonnes was a public policy scholar at the Woodrow Wilson Center in 2011. After reading her essay, I asked her to review a draft of my article manuscript which she did kindly. That manuscript was eventually published as "Mainstreaming the environmental street trees" in 2013 in Urban Forestry & Urban Greening.

Urban Forests is an excellent example of the use of multiple sources of evidence to craft and support an argument. If you only look at the Acknowledgements and Notes you will see that Jonnes interviewed the urban forestry community in all the cities featured in the book. As well, she traveled to these cities for first hand experience with the landscapes she describes. Furthermore she was a participant observer in her city of Baltimore where she founded the Baltimore Tree Trust. In addition to these rich sources, Jonnes relied on historic and contemporary newspaper articles, diaries, field guides, trade magazines, and academic publications to produce a biography of urban trees in the U.S.

Jonnes is not the first person to write about urban trees in the U.S. There is Thomas Campanella's 2005 Republic of Shade: New England and the American Elm and Evelyn Herwitz’s 2001 Trees at Risk: Reclaiming an Urban Forest. The article “From Nature to Nurture: The History of Sacramento's Urban Forest” by E. Gregory McPherson and Nina Luttinger was published in 1998 in the Journal of Arboriculture. In his 1993 Street Trees: A Manual for Municipalities, Richard D. Schein devotes a chapter to street tree planting from the colonial era to the 1970s in the Eastern U.S. The evolution of tree planting in European and American cities is the subject of Henry Lawrence's 2006 book, City Trees: A Historical Geography from the Renaissance through the Nineteenth Century. The limits of these books (and articles) are in their focus on a single species, or a single town or region, or a truncated timeline. Jill Jonnes' Urban Forests considers the arch of multiple tree species in major U.S. cities to the present day.

Each chapter excluding the Introduction and the Afterword is the story of a tree species or two, or of a type of tree (ex: memorial trees), or of a tree advocate or three, or a tree disaster (ex: Dutch elm disease), or tree benefits. Some chapters include several of these elements. I won't list all the chapter titles here, and as I finished each chapter I said to myself, "This one is my favorite," so I can't share "my favorites" but I will share a few that resonated strongly with me. (The chapter titles are wonderfully literary!) Chapter One: "So Great a Botanical Curiosity" and "The Celestial Tree": Introducing the Ginkgo and the Ailanthus. The ginkgo is one of my favorite trees. Chapter Five: "Washington Would One Day Be Famous for Its Flowering Cherry Trees": Eliza Scidmore and David Fairchild. Cherry blossom season along the Potomac River in DC will meet your expectations. And typically you read stories about men's roles in urban forestry so it was refreshing to learn about a woman in this field. Chapters Twelve to Fourteen are about the development of urban forestry science and its strategic insertion into public policy. I wrote my dissertation about the changing "sets ofideas and prescriptions" (how Eileen Crist defines discourse) that govern the role of urban trees. I found that in the policy arena, urban trees had transitioned from primarily a beautification object to an environmental services tool. In combination, the chapters reveal that different benefits have been identified and made relevant over time, but consistently it is the emotional connection, which is so stark during times of massive tree loss, that binds us to our trees. Do you recall Michael Pollan's argument in the The Botany of Desire, that plants shape us? Our affinity for and efforts to understand, manage, and preserve trees have given rise to many institutions -- the US Forest Service, municipal forestry departments, various nonprofits, botanical gardens, arboricultural companies, and more.

I recommend this book. Nonfiction fans and historians will enjoy it. If you prefer novels, you will find Jonnes' writing style appealing. Policy makers should read this book, too. The quote at the end of the book should be regarded seriously when strategizing about improving environmental quality:


The more climate scientists study how best to stave off further warming of our planet, the more they understand the importance of trees and forests. 'Every time I hear about a government program that is going to spend billions of dollars on some carbon capture and storage program, I just laugh and think, what is wrong with a tree?" said Neil Sizer, president of the Rainforest Alliance. 'All you have to do is look out the window, and the answer is there.'

Mr. Sizer was referring to a real, not artificial, trees. Real trees have the added value of co-benefits. 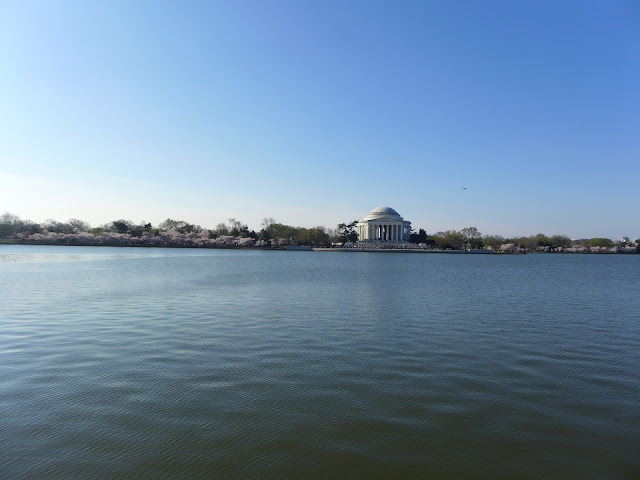 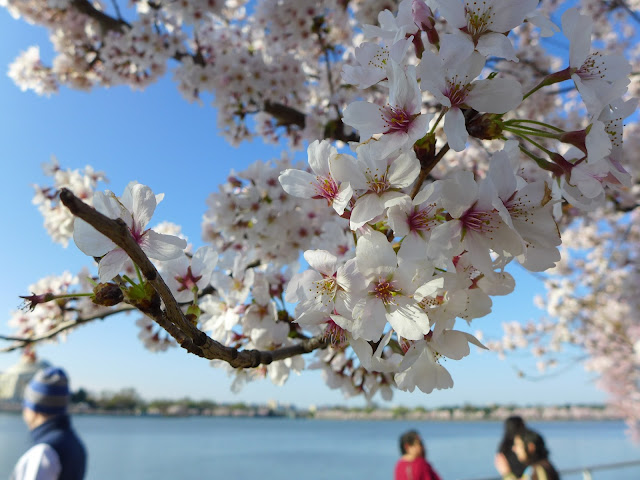 I'd like to conclude with this thought. The tree species featured in this book are among our most popular urban trees. Many of them are not native to North America but are intimately tied to the identity of our cities. Consider the role of the Japanese flowering cherry in our capital city of Washington, DC.