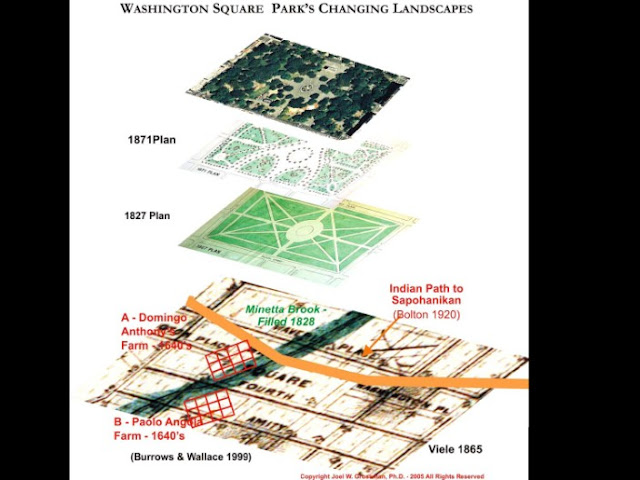 3D GIS of Washington Square Park: Showing Historic association between the Park, one of Bolton's major Native American roads crossing at Minetta Brook, and east of the indigenous landing and transhipment settlement of Sapohanikan, and the site of two of Manhattan's earliest black farmsteads outside the walls of mid-17th Century Dutch New Amsterdam (Grossman © 2007)

By now you know that Washington Square Park is not only my neighborhood park, it is also my favorite NYC park. I am always on the look out for narrative and visual information about the park for personal reasons as well as for my work at WSP Eco Projects. In January I came across Joel Grossman's historic GIS of the park. If you are not familiar with the acronym, GIS stands for geographic information system within which you store, analyze, and display layers of spatial data. I present the geographic data here with permission of Dr. Grossman.

The first image shows the use evolution of the land that is now Washington Square Park (above). The next two images are segments of Viele Map of 1865 showing Minetta Brook with an intersecting Lenape trail. This trail was recorded in Reginald Bolton's Indian Paths in the Great Metropolis (1922). 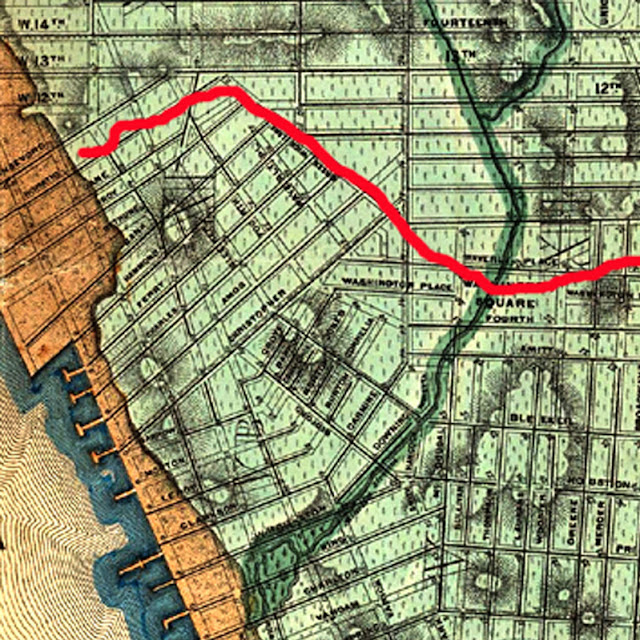 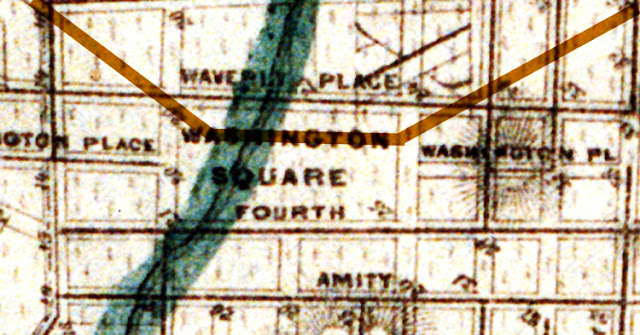 The next two images are 3D terrain models highlighting the brook, the trail, and Grossman's estimated location of two mid-17th century farms owned by African freedmen. 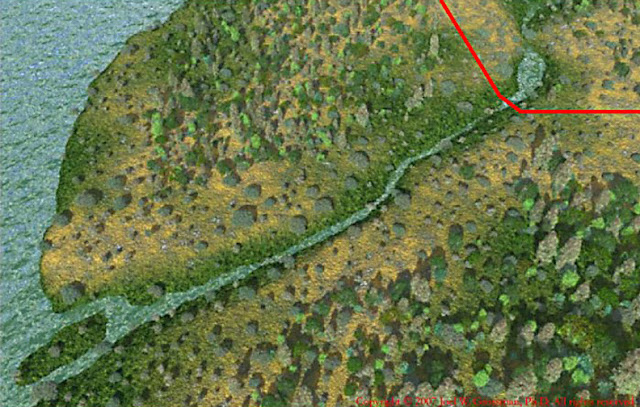 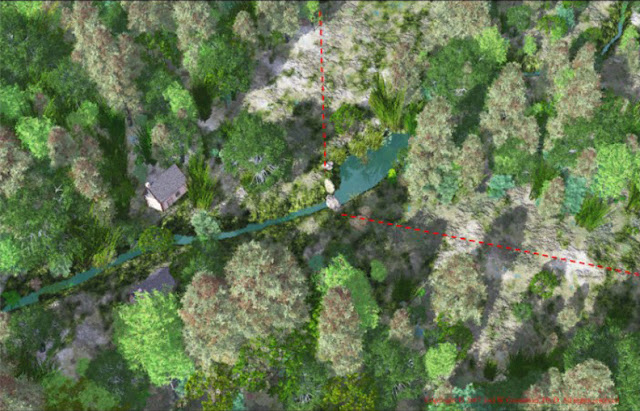 The land that is now Washington Square Park was once farmed by African freedmen and their families; land was granted to Africans who petitioned the Dutch West India Company for their freedom. Paulo d’Angola was brought to New Amsterdam on the first ship of enslaved Africans in 1626. D'Angola was granted a six-acre plot on Dec 30, 1644 [Ihave only seen the date listed as July 14, 1645]. This landholding is part of present day Washington Square Park. Another freed slave was granted land is part of the present-day park. On September 5, 1645, Anthony Portuguese settled on a 12-acre parcel with bordered roughly by Waverly Place, West Third, LaGuardia Place, and Sullivan Street. The farm of Manuel Trumpeter (or Trompetor), another freed slave, only overlapped with the current northeast edge of Washington Square Park. Most of Trumpeter's farm was east of the park. Two other freedmen had land grants around the park. Simon Congo and Groot (Big) Manuel each had 8 acre grants.

Related Link: A Brief History of the Minetta Waters in Washington Square Park, 1797-1828

The Lenape path that ran through Washington Square Park is shown in Bolton's book as a westward offshoot of  the main north-south thoroughfare (aka Broadway). Bolton recorded the trail's end point as "Sapohanikan." Burrows and Wallace (Gotham: A History of New York City to 1898) list the trail's westward end as "Sapokanikan." A cove where the trail met the Hudson River at present day Gansevoort Street was used as "a site of fishing and planting."