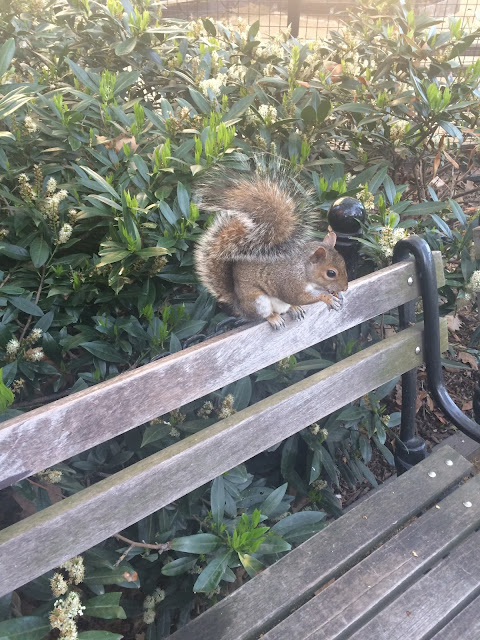 To the question, Which city can observe the most nature?, the answer is Dallas/Fort Worth. Sixteen cities participated in the second annual City Nature Challenge (CNC) and 510 citizen scientists made a whopping 24,170 observations of 2311 species. Texas had two other cities in the top 5: Austin and Houston in fourth and fifth places. The second and third spots were filled by San Francisco (23,193 obs) and Los Angeles (18,372). In the first annual CNC between Los Angeles and San Francisco, LA eked out a surprise win. New York City placed ninth with 3862 observations, 675 species, and 155 participants.

Two of my favorite things about participating in the City Nature Nature Challenge was meeting Kelly O'Donnell, an evolutionary ecologist at CUNY Macaulay Honors College and listening to my children say whenever I took out my phone that weekend, "you're taking nature pictures."

Was your city one of the CNC 2017 Cities? Share your story with us in the comments!