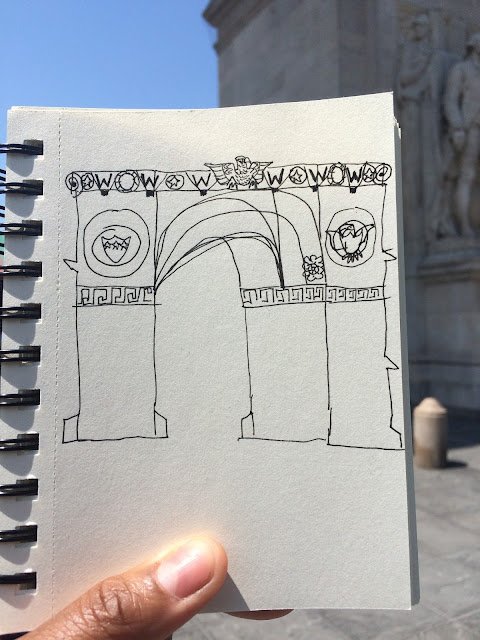 Despite my best intentions, I did not participate in Tidewater Gardener's Winter Walk-Off 2017, an annual call to photojournal what's within walking distance of home. Fortunately for me, I was given a redeeming opportunity by the Greenwich Village Society for Historic Preservation in the form of its Draw and Walk event with artist Nick Golebiewski. If you don't already follow Nick on Instagram (and Twitter), check out his Nick's Lunchbox Service daily drawing series on Instagram.

We convened under the Washington Arch in Washington Square Park. Each participant was given a sketchbook and pen courtesy of Jerry's Palette Shop on 4th Avenue. This was a very nice touch, I thought. Nick spoke briefly about his background, outlined the program which included drawing at four locations in the neighborhood (the Arch, the Washington Square North townhouses, Jefferson Market Library, and Patchin Place), and offered drawing tips. I made several sketches of the Arch but only took a photograph of one drawing which is shown above. We spent a long time at the arch so skipped the townhouses. 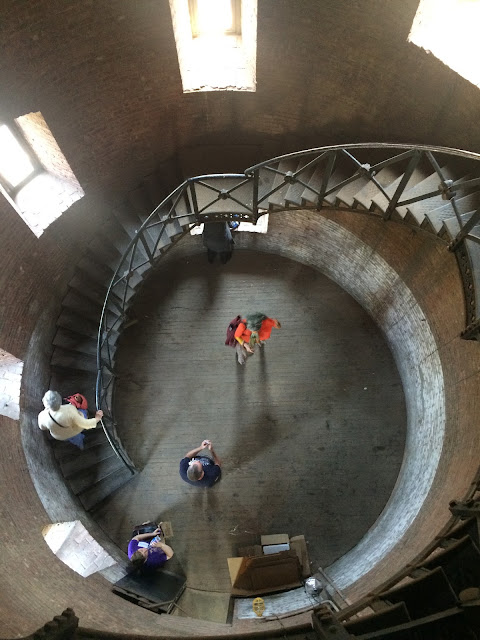 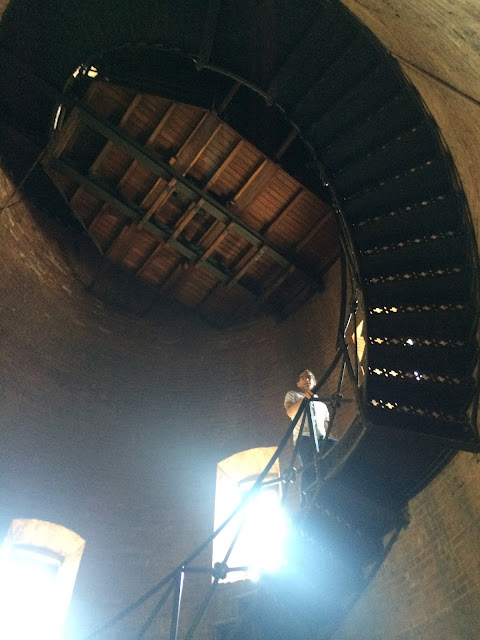 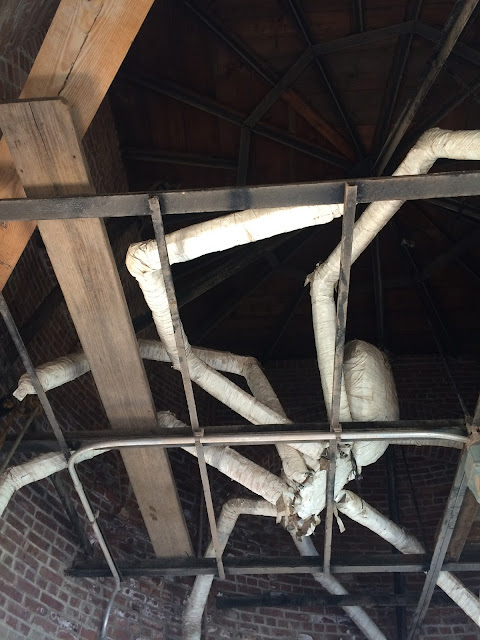 I had not fully read the tour description I received by email so did not know that the library stop included climbing the clocktower. The tower's historic function was a fire lookout. Learn more about the library. When we arrived at the library and were led to the clocktower door, I might have squealed. Touring the clocktower felt like I had won a golden ticket. The tight, spiral staircase could be a challenge for those with weak knees and those who suffer from claustrophobia (ahem). There is a break in the tower where a landing marks the transition from stone steps to metal ones. At the end of the metal steps is an attic area where the Halloween spider(s) and an octopus are stored. Beyond the door is the balcony and a 360 degree view of Manhattan. 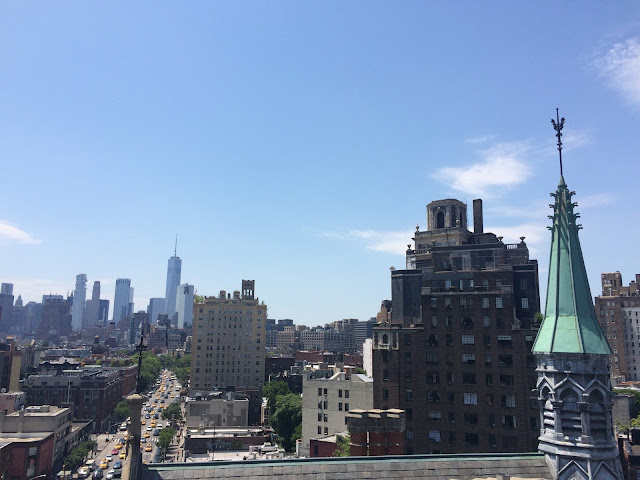 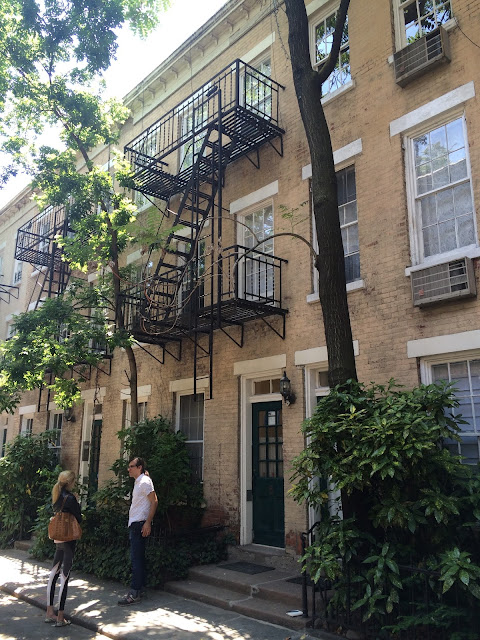 I made many sketches at the library balcony, of the grillwork, the lower roof line, the skyline, and of Patchin Place which was our next and final stop on the tour. When we first moved to Manhattan I explored some of the mews and alleys in the Village and in Lower Manhattan but I did not know until this GVSHP tour that Patchin Place is a public street. It was one I had walked by many times but never attempted to walk through the gate. It's a lovely reminder of old Greenwich Village, and it's shaded nicely by Ailanthus altissima. Looking down on this street from the library balcony reminded me of the book, A Tree Grows in Brooklyn!

P.S. For more photographs of this tour, visit the GVSHP Walk and Draw album on Flickr.