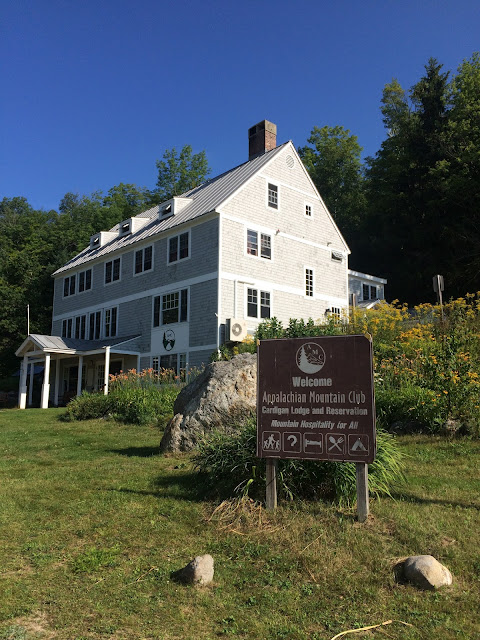 Last month marked another tradition from my husband's family that I am likely to embrace. This one is not a hard sell except for the mosquitos but it was a warm, wet spring which might not be the case ever year, right? The tradition is: Mount Cardigan. My husband, his siblings, and his parents spent parts of many summers at the Appalachian Mountain Club Cardigan Lodge in New Hampshire. They would rent two platform tents, one for the parents and one for the children. The platform tents have been discontinued which is a good thing. I heard they were moldy and drippy when it rained. You can still pitch your own tent just beyond the lodge, though, or hike two miles up to the High Cabin. We stayed in the lodge proper in a private bunk room with shared bath for a few nights. 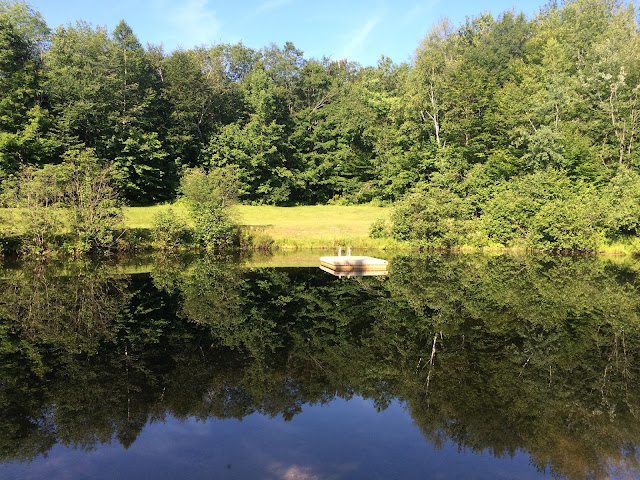 One of the activities we completed at the lodge a pond study with Katie, one of the naturalists on staff during our stay. Our family of four were the only participants which made for an intimate and meandering lesson. Katie was a natural with our children. She has a great rapport with children in general; we had listened to her presentation on beavers the previous night. Outdoors she really shone. My son strode into the pond immediately and with encouragement from Katie and her dad, my daughter waded in and eventually became so absorbed she was chest deep in the water. 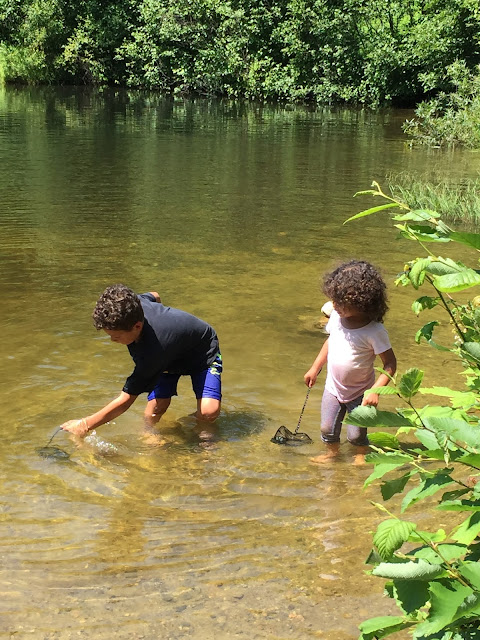 Katie talked about ponds in general and the pond at Cardigan specifically in terms of the wildlife we could expect to find there. Given the time of year, we could see various frogs and the red-spotted newt. We also observed the blue dasher dragonfly and a few other insects we could not identify. I liked that Katie was honest about what she did not know but she also worked with us to figure out an answer or to get closer to one. We learned that the dragonfly spends much of its life as an aquatic animal. When we see a dragonfly, it's in the final phase of its life. My son was adept at netting aquatic adults of the red-spotted newt. We had seen a terrestrial-bound juvenile on one of our hikes. It took a group effort to net a bullfrog. It's a quick and intimidating amphibian. We were less lucky when it came to the green frog. 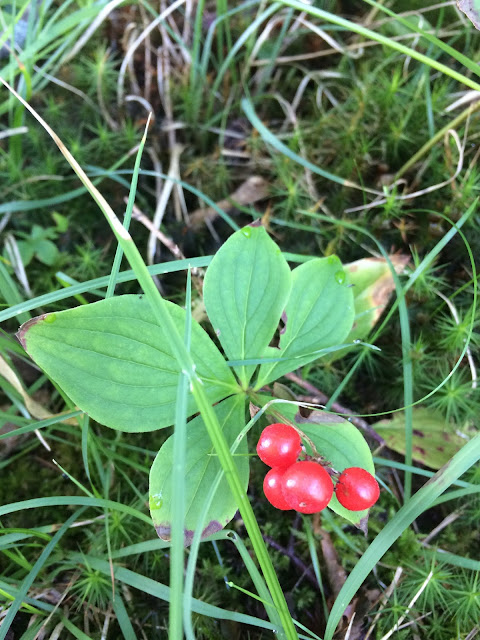 Our aquatic study was pleasantly interrupted by a skirmish between blue jays and much smaller birds which I could not see clearly enough to identify. We had seen blue jays and cedar waxwings the day before in the same area but the second set of birds were too small to be waxwings. I really should purchase a pair of travel-light binoculars. We wrapped up the pond study exploring the transition area between the pond and the nature trail.

If Mt. Cardigan is accessible to you, I recommend a visit. I hope to write about the two at least one of the hikes we did during our stay. We did not hike to the summit but the there's much to see at lower elevations. If you have children under five and would like a guided experience, AMC offers a Wee Wanderers program.