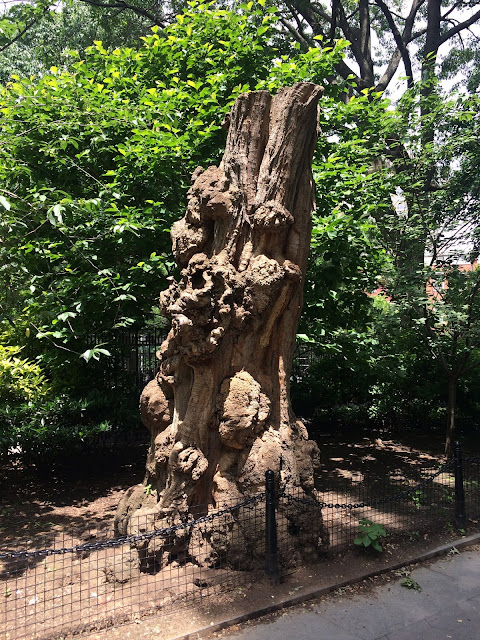 Snags, standing dead or dying trees, are commonplace features of rural forests and can also be observed in inaccessible areas of forested areas in urban settings. Despite their wildlife value, snags are rarely tolerated in small urban parks. Risk exposure increases with proximity to people and property. However, a variation of the swag, what I am calling the deadwood tree, is a safe approach to maintaining dead trees in small urban parks.

If a tree needs to be removed, and it does not contain a pest or disease of concern and the trunk is relatively stable, then the tree should not be cut to the stump. Large limbs should be removed and the bole at least 4 feet above ground could be left standing. An example of this treatment is pictured above. This deadwood tree is located along a path in Washington Square Park in New York City. 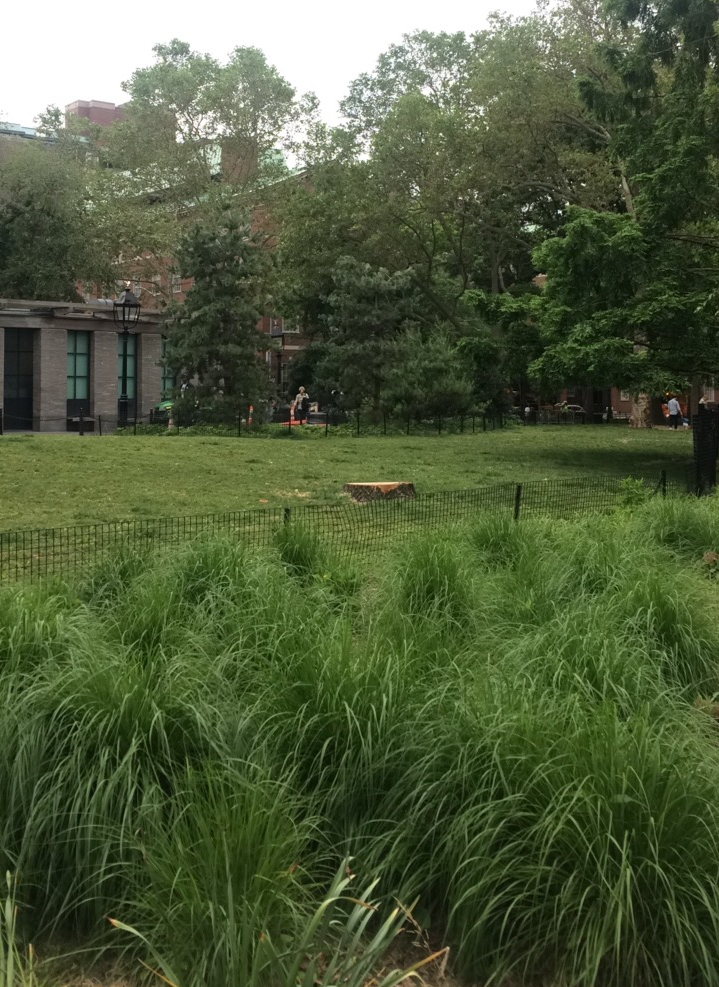 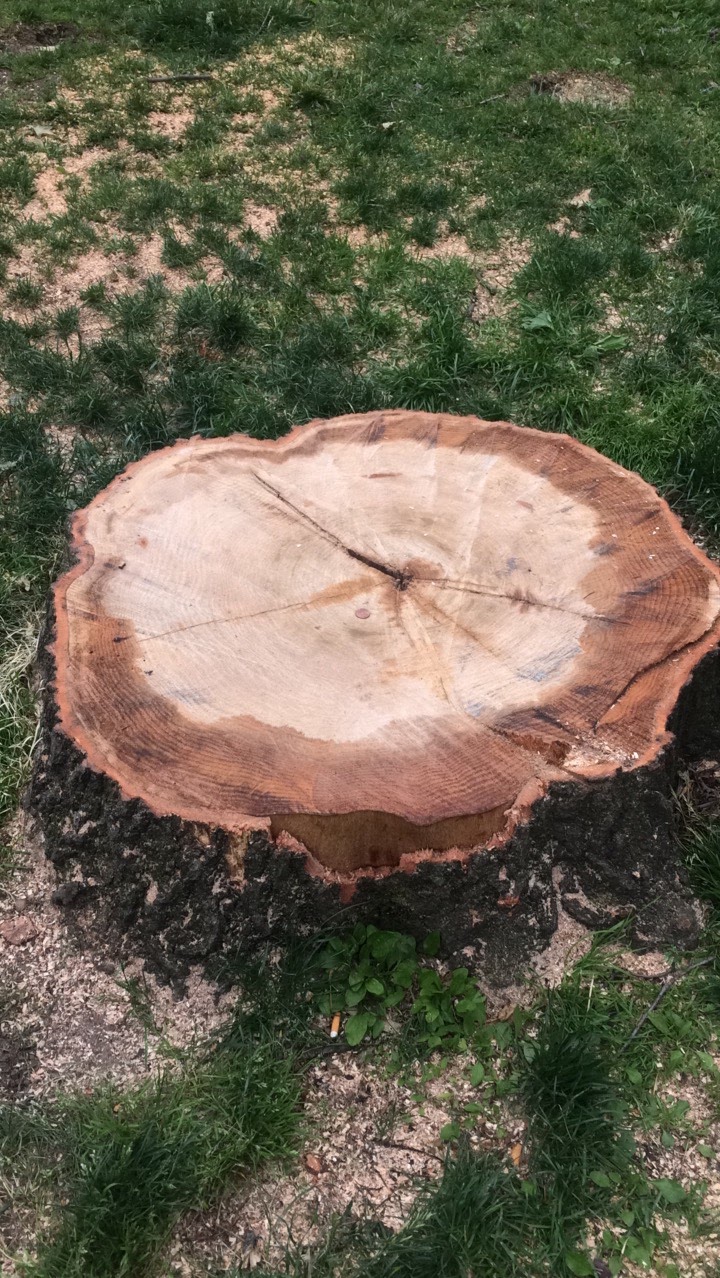 The second reason to maintain deadwood trees is to provide natural markers of environmental change. Although a plant feature such as a tree would not be a permanent fixture in the landscape, a deadwood tree could potentially last longer and would be more visible than the typical stump which is easy to overlook a stump hidden in a lawn or among herbs and forbs. Deadwood trees would commemorate tree losses in the canopies of our small urban parks.

Finally, the third reason to leave deadwood trees in small urban parks is to foster people-plant relationships. A deadwood tree could be an engaging counter to plant-blindness, a lack of knowledge and awareness of plants in one's local environment. The outstanding nature of a deadwood tree would spark questions. In addition, parkgoers could follow the cycles of life associated with dead wood. 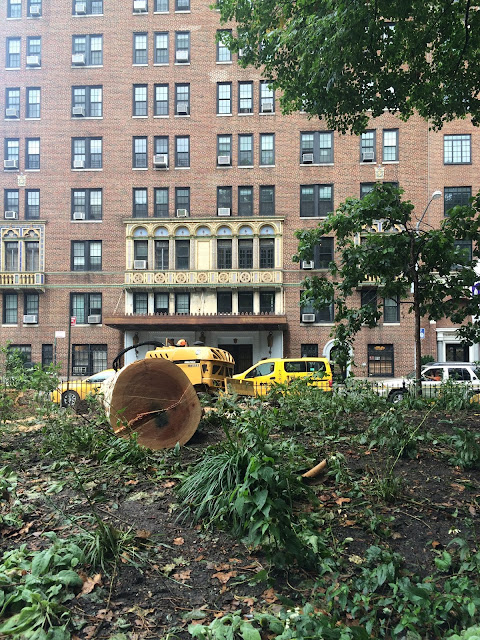 While it might not be feasible or desirable to leave a deadwood tree in every case of a tree removal, a strategic plan to manage the urban forests of small urban parks should include a provision to identify trees that would be suitable candidates as deadwood trees based on criteria such as species, age, and location within the park.

*Regarding logs, the deadwood tree could be left in a horizontal position if the local parks department would like to further reduce its risk exposure.