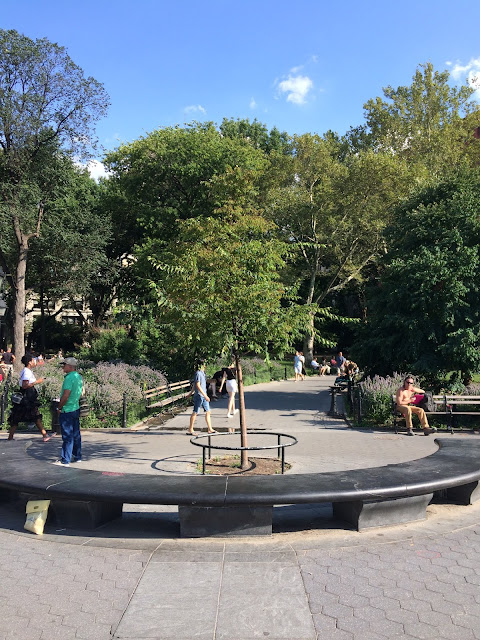 When Washington Square Park underwent a major reconstruction in the 2000s, large Japanese pagoda trees (Styphnolobium japonicum) circling the fountain were removed. The new design for the fountain plaza included seven Zelkova (Zelkova serrata) trees. Four of the original seven died and were replaced several times. I happened to be in the park on April 24, 2018 to observe the most recent replacement of Zelkovas. I watched various phases of the excavation and planting process, and more importantly spoke with the NYC Parks project manager about the death and life of the fountain Zelkovas. 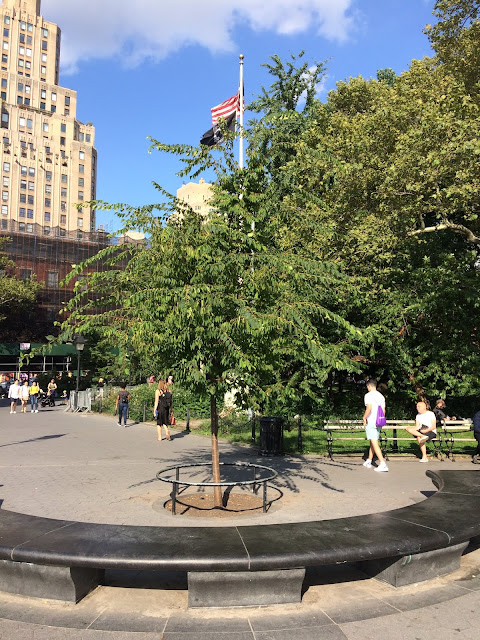 The Zelkovas that were planted were during the reconstruction project were larger in diameter than typically specified. I suspect that NYC Parks sourced larger trees for two reasons. The first reason was to mitigate the loss of the large Japanese pagoda trees with new trees of a large diameter than typically specified. New street and park trees range in size of 2.5 to 3.5-inch in caliper where caliper is measured at 6-12 inches from the base of the tree. (Parks requires that caliper be measured 6 inches from the base of the tree.) The Zelkovas planted in Washington Square Park circa 2005 were 11 inches in diameter at breast height aka DBH which is measured at 4.5 feet above the ground. The second reason for planting larger than usual trees was to provide more shade. A larger diameter tree has a larger canopy at the time of planting. The fountain plaza is an expansive hardscape that not only heats up quickly but retains the heat so shading this area in the summer is important. 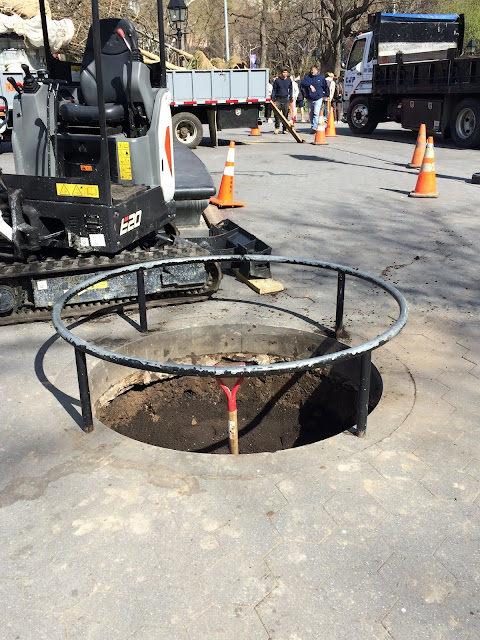 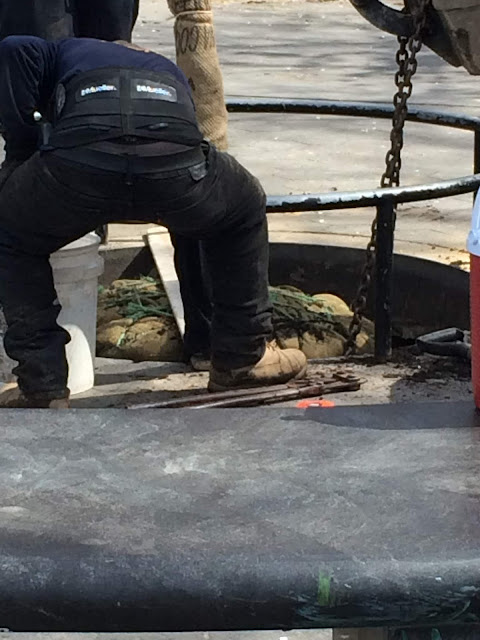 Tree diameter has a critical relationship with soil volume. For every 1 inch of diameter, the recommended root ball size is 10 inches. An 11 inch diameter tree would come with a 110-inch or 9-foot root ball. If you look at the diameter of the openings in the fountain plaza where the Zelkovas area growing you can see that the openings are not 9 feet across. The original Zelkovas were planted first and then the fountain hardscape installed around and over the root balls. To replace the Zelkovas that subsequently died, NYC Parks did not rip up the plaza. The agency specified smaller caliper trees with root balls that could be planted into the openings in the plaza. Although smaller trees establish faster and grow more quickly after planting than larger diameter trees, the newer, smaller Zelkovas also died. 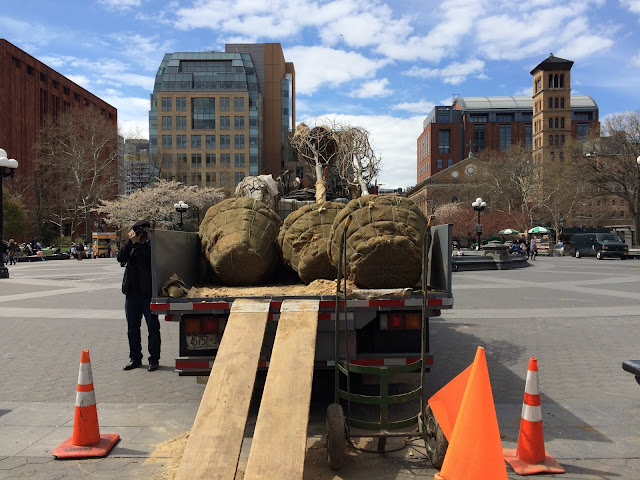 The replacement trees died because of the soil. The initial trees were grown in a nursery with clay soil. Most of the replacement trees were sourced from the this same nursery. Clay soil does not drain well. In a nursery situation or even on a construction site while a tree might linger in sub-optimal conditions before planting, slow draining soil might not be problematic but in a landscape setting such as the fountain plaza in Washington Square Park, the roots suffocated. According to the project manager, when a tree is being replaced, the NYC Parks standard is to remove 18 to 24 inches of existing soil and replace it with new soil. Even if this standard was met when the first round of Zelkovas died and were placed, there was a significant volume of clay soil left in each of the planting areas. New trees were being planted in a clay bowl. Remember, the original root balls were big. Each was 9 feet in diameter, and I'm estimating that the height/depth of each root ball was 5.5 feet (per American Standard for Nursery Stock, 2004: "Balls with diameters of 20 inches and up - depth not less than 60% of the diameter of the ball"). 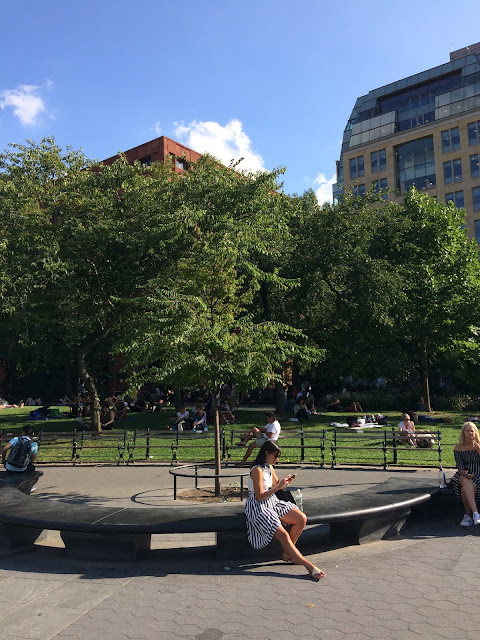 Soil is a critical factor in tree health. The newest round of Zelkova trees planted in 2018 were sourced from a nursery with sandy loam soil. The trees have sandy loam root balls. In addition, during the 2018 replacement, most of the remaining clay soil was removed and replaced with sandy loam. The four new trees planted in 2018 have full, healthy-looking canopies. It appears that the right soil made the difference.