Women Who Speak for Urban Trees and Plants 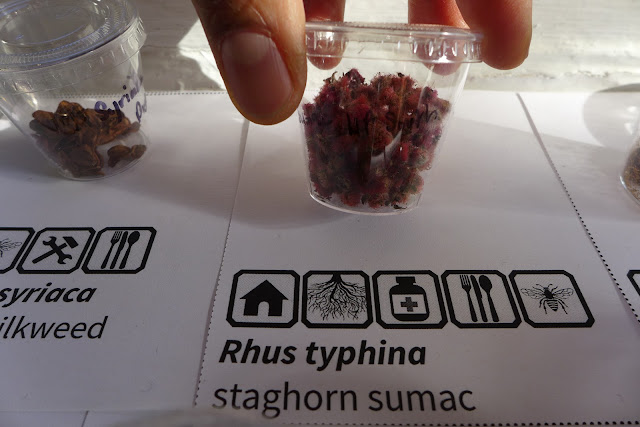 You wouldn't know that my first love is trees by reading the last five posts on this blog! Although I've focused on birds lately, my interest for trees is still strong. I want to switch gears towards my plant passion. I was inspired by Bryony Angell, a birding writer or authorly birder, who has been chronicling the world of women birders for some time. After reading her recent newsletter, I thought I should spotlight the women who botanize in cities. I will feature women who research, write and teach about, and create art with urban plants. I hope this will be an occasional series on the blog. Please share your suggestions and feedback in the comments.


One of the first plantswomen I met in New York City was Leslie Kuo, one of the women behind Urban Plant Research. This artist led project chronicles urban plants around the world -- the relationship between plants and the micro-environments they inhabit in cities as well as human responses to plants both spontaneous and purposefully planted. I attended Leslie's Urban Plant Research Talk  at the Open Source Gallery in Brooklyn in 2012. I delighted in the urban plant stories I heard from Leslie and the audience that day.

Next up are Ellie Irons and Anne Percoco, artists who are Seeding the Next Epoch with a seed library of spontaneous plants. Watch Ellie and Anne's process in the Next Epoch Seed Library documentary filmed by Candace Thompson.


With a native plants beat, Marielle Anzelone has her own TED Talk about protecting New York City’s rare plants. She is the founder of NYC Wildflower Week, has written about NYC nature for the New York Times, and is currently developing PopUP Forest which toured the city by bike in 2018.


Another arboreal dynamo is Katie Holten. I reached out to Katie after hearing about her Tree Museum installation on the Grand Concourse in the Bronx. I wanted to develop an audio tour of the trees in Washington Square Park, and still do, and she offered great advice. Each of one hundred trees along the Grand Concourse was assigned a phone extension so that museum-goers could call in and listen to community-based tree stories. Katie has another major tree project in NYC. She's created the New York City Tree Alphabet. Each letter of the alphabet represents a city tree. NYC residents are encouraged to pen messages in the free front and submit them to NYC Parks who will plant selected messages.

Don't forget to your recommendations of women botanizing in cities!