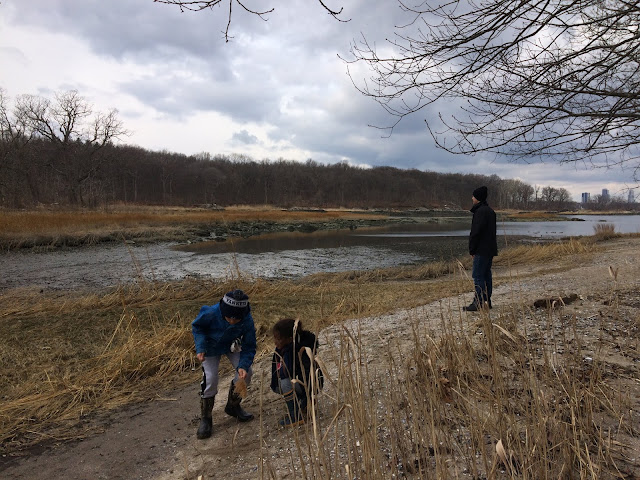 For our second family field trip of 2020, we visited Pelham Bay Park in the Bronx. Our original itinerary was to spend time on Orchard Beach and to go to nearby City Island. We came for the beach and discovered woods and islands. 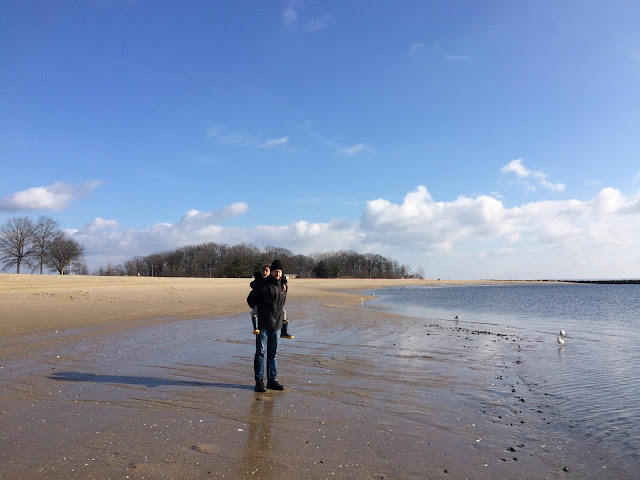 The sand at Orchard Beach is wide and deep. We collected shells, watched the gentle waves, and marveled at the calm gulls. After getting chilled on the beach, we went to City Island to warm up with food and drink. We thought we would be able to get down to the water on City Island but we did not find a way to do so. We returned to Ocean Beach to explore the woods we saw on the other side of the vast parking lot. The amount of space devoted to black top is shocking and seems wasteful, but my husband pointed out to me that it must be heavily used during beach season. Over the course of our day at Pelham Bay, we noticed many people using the parking lot in many different ways: boxing arena, kite flying, drag racing, and driving lessons. The gulls also rested on the parking lot. 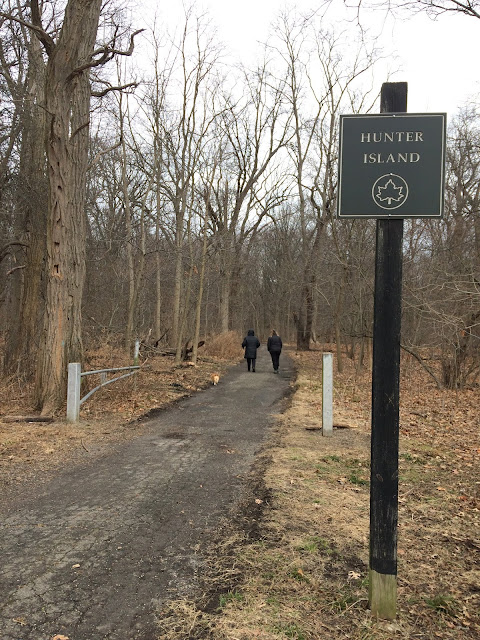 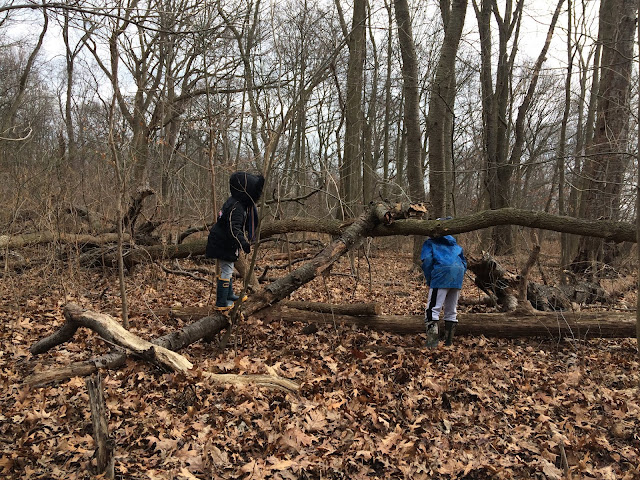 Our woodland walk kicked off  on Hunter Island, a 166-ac peninsula, and former island. I blissed out on all the trees, though the stretch of canopy we walked under was not the old growth that the park is known for. The leaf litter was composed mostly of oaks. We saw a stand of pines early on, and fungi, too.

On Hunter Island we felt isolated from the bustling city, though the park is in a flight path. We heard and saw lots of airplanes. We saw four people while walking at a very slow pace, and our paths only briefly overlapped. 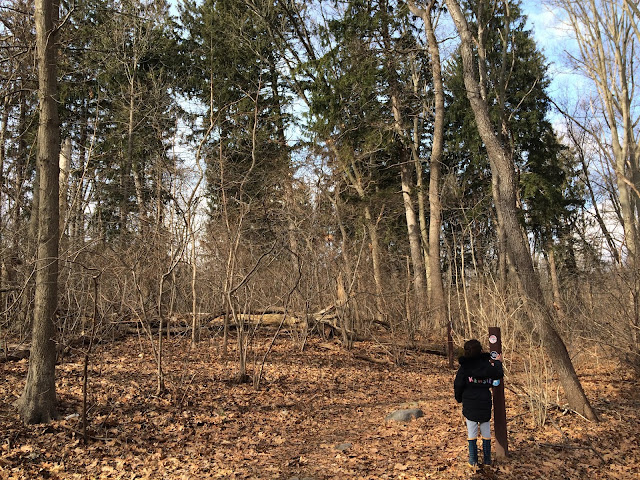 At a fork in the trail, we turned downhill observing more fungi and a spinney of spruce as we went. 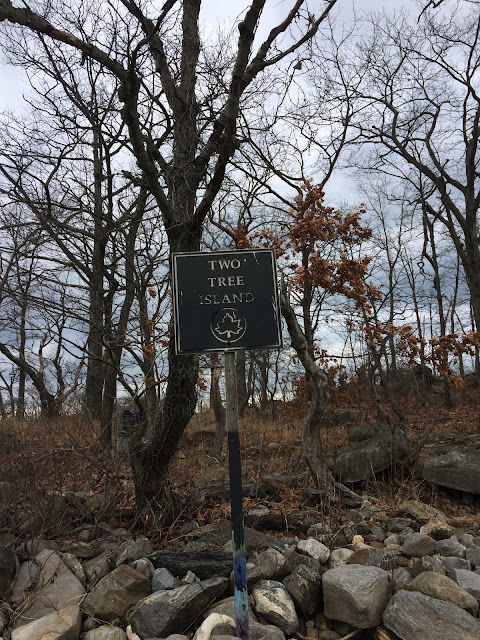 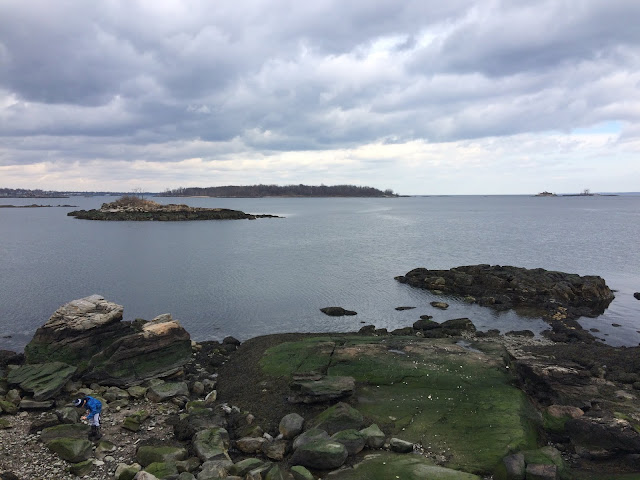 The trail brought us alongside the shore where we saw geese, ducks, gulls, and other islands. We crossed a dilapidated causeway, walked on a marshy beach (aka Twin Island, an island at high tide only), and clambered up and around Two Tree Island. The view from Two Tree Island was spectacular! After the kiddos interacted with the various shells and pools of water, we descended Two Tree Island. We walked back across Twin Island, but instead of taking the causeway, we took the trail to Orchard Beach.